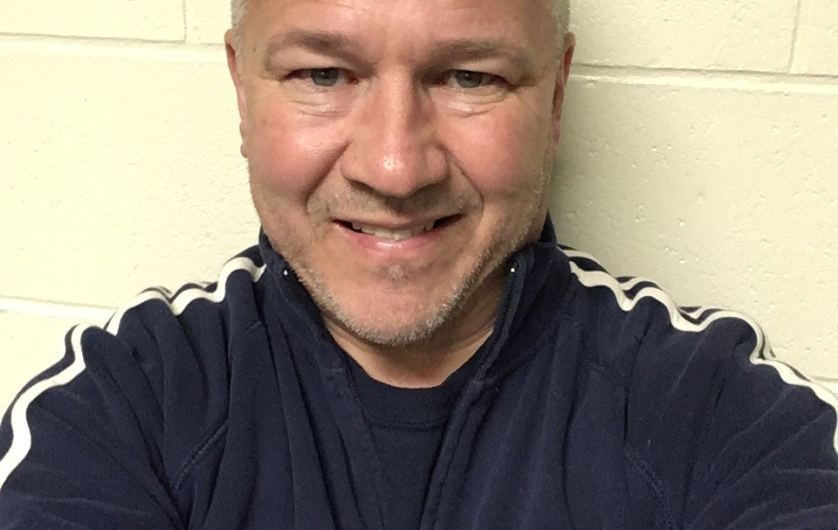 Interview with Brent Daurie following his return to work

In the article below, Laurence Haien, Senior Rehabilitation Counsellor for Vocational Services, interviews Brent Daurie regarding his return to work.

Tell me about yourself? Where were you born and raised? Are you married? Do you have children? Do you have any hobbies?

I was born in Moose Jaw, Saskatchewan and lived there with my parents until about age 3, and then we moved to Winnipeg where I’ve lived since.  I’ve been married for about 12 years. I have a 7 year old daughter, Shayla. I enjoy hockey and golf. I began skating when I was about 3 and played tier 1 hockey most of my life, that is, until I was diagnosed with a spinal cord injury. I’m still able to skate recreationally, but I don’t play competitive hockey any longer because I don’t want to run the risk of injury. I still play golf and played a bit last year. I have 2 titanium rods and 12 screws in my neck to stabilize my spine and this restricts my mobility. I look forward to continued improvements in my game.

When were you diagnosed with a spinal cord injury?

Well, this happened over time. Several years before my diagnosis, I experienced numbness and tingling, particularly in my left forearm and hand while I was performing overhead work but was able to eliminate this by vigorously shaking my arms and hands. I thought it was unusual but carried on with my life. This persisted, and I eventually discussed it with my doctor. I underwent testing for carpal tunnel syndrome but the results were inconclusive.  I also had a CT scan, but the results were also inconclusive.

I began to fall on the ice while playing hockey. I’d been a sure-footed skater my whole life.  Occasionally my teammates would comment on my falling. I also noticed when I reached for and held my hockey stick that I experienced numbness and tingling in my arms and hands. I reported this to my doctor who asked me to monitor what I was doing when this occurred. Eventually, my falls on the ice increased and the intensity of the numbness and tingling progressed from my left arm and hand to my right. I went back to my doctor and was referred to a neurologist.

The neurologist performed a balance test and did pin prick testing to assess my ability to feel sensation and referred me for an MRI. The neurologist said that he suspected that I might have multiple sclerosis. When the results from the MRI came back, he told me the good news was that I did not have multiple sclerosis but said he had referred me to a spinal surgeon. During this time, I continued to work. The spinal surgeon told me to stop working immediately and scheduled me for surgery.

I was diagnosed with a C-04, incomplete spinal cord injury secondary to spinal stenosis (a narrowing of the spinal canal). I underwent surgery which included the installation of rods to stabilize my cervical spine. I remained in hospital for about a week after surgery. I experienced issues with my bowel and bladder functioning which resolved over time. I was very cautious about walking, initially. I attended outpatient physiotherapy and worked on balance, core strengthening, and walking. Today, I continue to experience numbness and tingling in my hands, especially in my thumbs and index fingers. I also experience numbness in my calves and feet and reduced sensation to heat and cold in my feet. I walk unaided but continue to have issues with balance.

I had been employed with the City of Winnipeg for approximately 27 years at the time of my diagnosis. At that time, I was classified as a Building Servicer 2, which essentially meant I was responsible for building maintenance. This involved performing minor plumbing, carpentry, replacement of light bulbs and filters, and maintenance of HVAC (heating, ventilation and air conditioning systems) for City of Winnipeg buildings. Physically, I was required to climb ladders, get onto roofs, crawl into tight, confined spaces, lift 40 – 50 pounds, and perform lots of overhead work. I was probably away from the workplace for about 15 months from the time of my diagnosis. I realized very early on that I would not be able to return to my previous job and this became more evident as I came to understand the effects of my spinal cord injury and to accept that some of these would likely be permanent.

How did this affect you and your family and how did you cope?

I think it was particularly hard for my daughter who would have been about 5 years old at the time. She noticed when I wasn’t able to do the things I did previously and probably didn’t understand this. It was hard for me and my wife, too. We lived with a lot of uncertainty about the future. I was told by doctors that it would take about 2 years for me to recover some of my abilities. My progress was slow and took longer than I anticipated. I remembered what I was like before I was diagnosed and the things I could do easily versus the things I now found physically challenging to do. The diagnosis was life changing and required a lot of adjustments. One of the best things I did, when I was physically able to do so, was to go to the gym and to leave the house to take walks and get fresh air. This helped me psychologically and physically. It also gave me a routine and structure that was missing since my participation in the workplace was interrupted. Thankfully, we also had a lot of family support and practical assistance with things like yard maintenance and snow removal which I could not do.

Tell me about your return to work?

Well, of course I wondered about the kind of job that would be available to me when I returned to the City of Winnipeg workplace. You and I met with my physiatrist and discussed the possibility of return to work and you described to her my previous job and the physical demands associated with this, including lifting 50 pounds or more, climbing ladders, etc., and it was mutually decided I could not safely do this. You and I also had several discussions with the Disability Case Manager Consultant, Civic Employees’ Benefits Program who advised us that it was her role to facilitate my return to work. She was friendly and nice and I recognized her primary function was to get me back to work.

You and she also discussed the possibility of a functional capacity evaluation, and she made the referral. It occurred over 2 days and involved an assessment of my manual and finger dexterity, lifting tolerance, stair climbing ability, my ability to get from a seated or squat position to a standing position, and my balance. It was very physically demanding, and I suspect that had I not been attending the gym regularly I would not have been able to perform everything that was asked of me during that evaluation. I was quite sore a few days afterwards. My physiatrist’s report along with the results of the functional capacity evaluation confirmed that I was able to return to the workplace in some capacity. You encouraged me to request a copy of the assessment as it was about me and I did so.

I returned to work on what they call a graduated return to work basis around September or October 2017. This meant that I worked 4 hours daily for the first week and gradually increased my hours of work by one hour per week until I was working 8 hours/day. The position was that of a janitor. This required some adjustment, as the rate of pay was not the same as the job I had previously. Additionally, I had started my work career with the City of Winnipeg as a janitor about 28 years prior and had worked my way up. I spoke with management and related my concerns. I was advised the person who held the position previously was retiring and this was the only position that was in keeping with my physical restrictions at that time.

I did my job, but I continued to review the City of Winnipeg job postings to see what other opportunities existed. After about 3 or 4 months, I spotted a posting for a Building Servicer 2 classification. I knew I could do the job which entailed testing boilers at various locations and adding chemicals as required.

I spoke with the Human Resources Manager and informed her of my interest in and ability to perform the job duties. I began the job around January 2018 and had 2 weeks of on-the-job training with the previous job holder. I’m responsible for the maintenance of about 30 boilers in several locations throughout the City of Winnipeg. I spend about an hour daily driving to different locations. Today, for example, I will test the water of about 8 boilers and add required chemicals. I work independently and have occasional contact with City of Winnipeg employees. Now, we are entering the cooling season, and so I will be responsible for adding chemicals to air conditioning units/towers. I will be responsible for about seven sites. City Hall has a huge cooling tower.

What is the best thing about returning to work?

Do you have any advice for those who are more recently injured and whose participation in the workplace has been interrupted?

I think it’s important for them to know that things will get better. Also, they need to stay motivated. For me, this meant going to the gym and establishing a workout routine and, before I could do this, just getting out of the house and going for a walk.

It’s also important for people to know their physical limitations when working out. I had to adjust to the fact that what I could do in the gym before my spinal cord injury was no longer realistic. My body was not the same as it was. You have to be patient with yourself.

Another thing is that people should be familiar with their short term and long term disability benefits at work. Don’t assume that the employer, the human resource specialist or whomever is going to be on top of this. You need to know about your benefits, when they begin, when they terminate, and what the processes are. You may also need to follow up with your human resource manager or employer regarding your benefits.

On a slightly different note, I want to say that I have a family member who has struggled with addiction for many years. This experience sensitized me to the addictive potential of some of the medications that are prescribed for pain management. I came to realize early on that I would likely have to deal with some degree of pain associated with my spinal cord injury and declined physician offers to prescribe pain medication. I found that I was able to achieve an acceptable level of pain management by taking extra strength Tylenol alone but, I know this may not work for everyone.