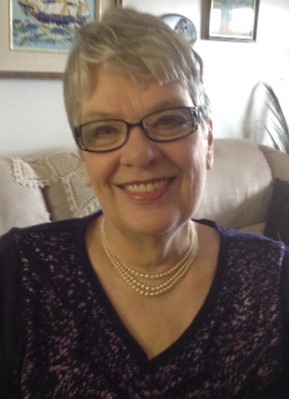 Okay, I’m not going to lie. I’ve seen and met some impressive athletes in my lifetime. I have been all around the world and played in many, many different tournaments and major events and none of the athletes I’ve met in my travels hold a candle to Donna Wruth’s accomplishments.

I came into work a couple Mondays ago and saw these two old scrapbooks (you know the ones that are held together with tape and contain many old newspaper articles dating back to the 1960s) and was asked to write this piece about a woman named Donna Wruth. At the time, I had no idea who she was so I cracked open these time capsules and started reading about all of Donna’s accomplishments, and I was blown away.

I was lucky to be able to track down Donna’s sister, Sheila Kuzmicki, who had a wealth of knowledge about all of her sister’s accomplishments over the years, and let me tell you the list is long.

Donna was 17 years old in August 1968 when she had an accident that resulted in an injury to her thoracic spine. She was a very energetic lady and would not let this slow her down one second. Incredibly, while still in hospital in 1969, she went to the Western games and won medals in shot put, slalom, and discus, then came back home and returned to the hospital to complete her rehabilitation (I would have loved to have been a fly on the wall when the doctor asked how her weekend was). She later attended the Hamilton games in 1969, and brought home eight gold medals from that tournament. She did this all within the first year of her accident – resiliency is an understatement for this lady.

For the next six years, Donna attended all the National Wheelchair Games held throughout Canada, and in that time amassed 27 gold medals, three silver medals and 3 bronze medals in events ranging from the shot put, discus, club throw, slalom, table tennis, javelin, and the 50m and 100m sprints. Some of her major competition highlights included travelling to Heidelberg, Germany for the 1972 Paralympic Games and winning a bronze medal in table tennis, being asked to play for Team Canada’s women’s wheelchair basketball team in 1978 and winning gold in that event, and competing in the 1979 Pan Am Wheelchair Games in Rio de Janeiro. In 1974, Donna won the Errick Willis Trophy as Manitoba’s Female Athlete of the Year, and was also inducted into the Order of the Buffalo Hunt by the Premier of Manitoba.

The list of her sporting accomplishments goes on and on, but that was just one part of Donna’s life. She finished high school as soon as she was discharged from the hospital. Right after that she attended Red River College and obtained a stenography diploma. She then began working full-time at the Manitoba Health Services Commission, where she was an instructor in the typing pool for a couple of years. She then got a job with the same employer doing investigative reporting, helping to identify people who were addicted to prescription medications. She loved her job and excelled at it. Donna was very humble despite all her success, not even letting her work colleagues know the reason for taking time off for her competitions until they finally asked her one day: her answer, “I have to go to the Paralympics.”

Donna was really close to her family, which included seven brothers and one sister. In the late 1980s, she retired and moved back to the farm in Erickson, Manitoba to be closer to her family. There they set up a little cabin for her because independence was a main priority in her life and she wanted to maintain that. She lived in Erickson for many years, then moved to Brandon and lived at the Lions Manor and loved it because not only did she have her immediate family she loved nearby, she also created an extended family at the Manor. Donna also had a love for music – while she was in the rehabilitation hospital she got a guitar and taught herself how to play it, and enjoyed entertaining her friends and family. She spent her remaining years camping and fishing with her sister, and also volunteering at the Brandon Food Bank, always giving back to the community.

Donna said that sports gave her the quality of life she had. It gave her the desire to push herself, and create great friendships. Her drive and determination to keep pushing herself created those qualities for her. Her grit and never-quit-attitude are things to admire, and her legacy will live on in the hearts of those she’s inspired.